Home   |   Probation In The Federal Courts

The U.S. Probation Department for the Southern District of New York is responsible for conducting pre-trial investigations of individuals charged with federal crimes and preparing pre-sentence reports of individuals convicted of federal crimes. They also supervise individuals sentenced to probation or those released under supervised release. The Department serves the following counties in New York State: Manhattan, Bronx, Westchester, Rockland, Orange, Putnam, Sullivan and Dutchess.

The Justice for All: Courts and the Community initiative invites you to learn about probation work by watching the videos below. You will see probation officers describe what they do and watch them role-play common scenarios that arise in their work.

An Introduction to the U.S. Probation Office, Southern District of New York 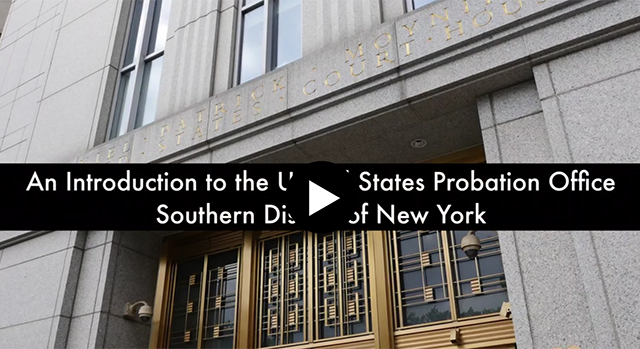